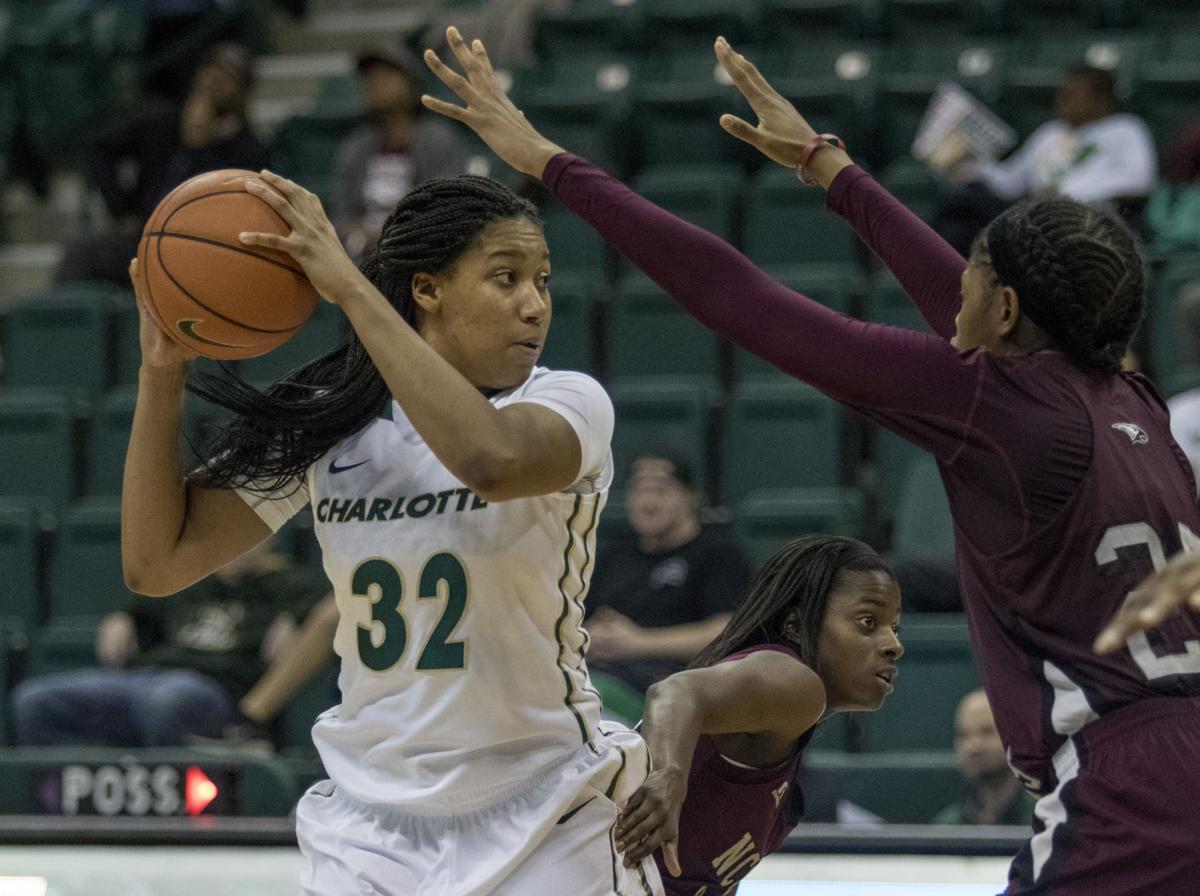 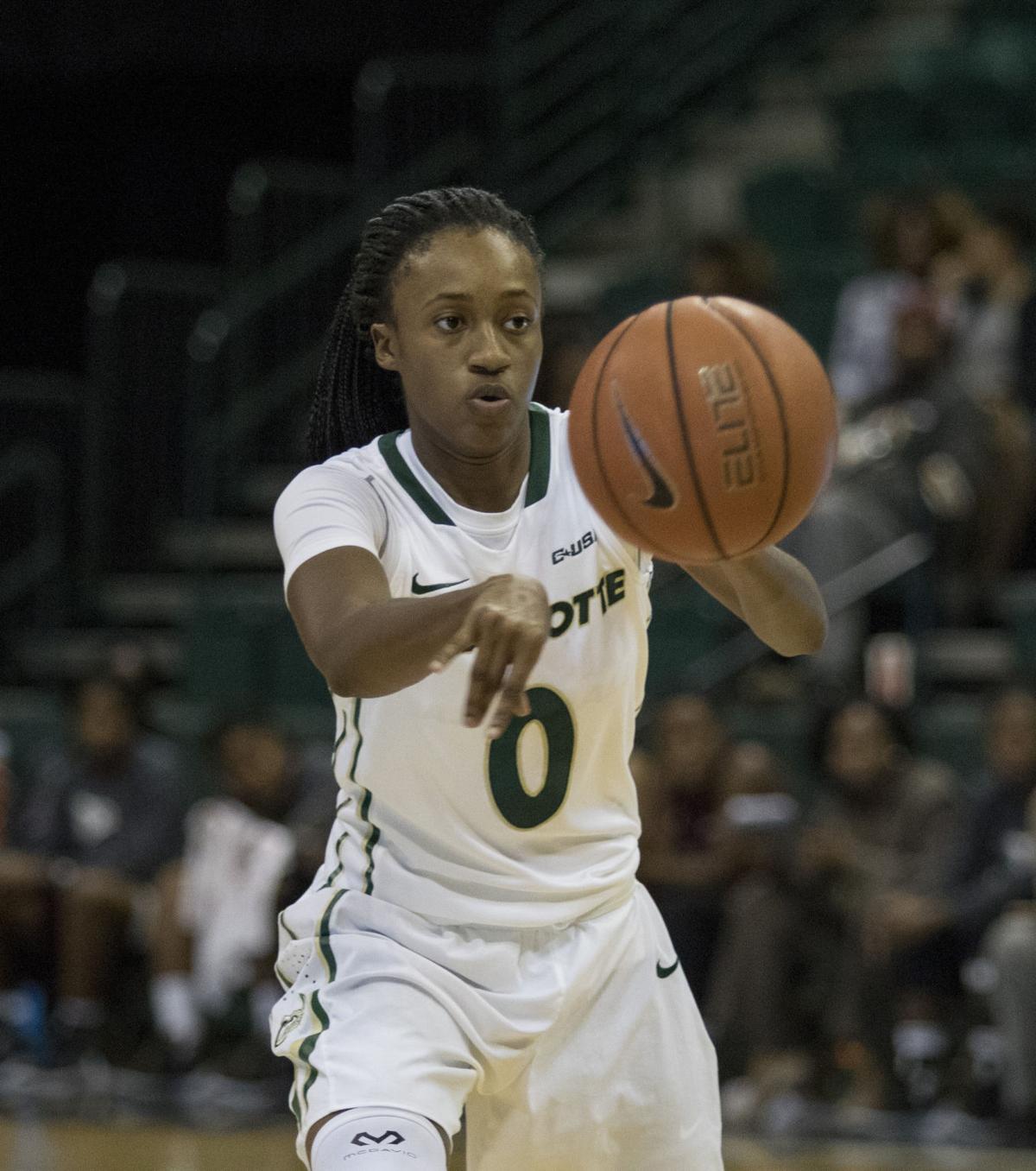 Charlotte came out strong in the first quarter outscoring the Eagles 24-10. Alexis Alexander scored ten points for the 49ers and recorded four rebounds. Kenya Olley also contributed to the hot start scoring six points while tallying two rebounds. A two-pointer at the buzzer by Alexander gave the 49ers a 14 point lead going into the second quarter.

The pace slowed down in the second period as the 49ers scored only nine points. Lefty Webster recorded four points for Charlotte while Olley and Alexander also contributed points during the second quarter. Despite the slowed scoring, Charlotte entered halftime with an 11 point lead, 33-22.

Amaya Ransom stepped up in the third quarter scoring seven points as a rhythm was found for Charlotte. The 49ers shot just under 50 percent and put 18 more points on the board. Their shooting, coupled with ten rebounds, allowed Charlotte to extend the lead to 51-34 at the end of the third period.

The fourth quarter wasn’t a challenge for the 49ers either. Grace Hunter, Ransom, Webster and Ciara Gregory all added points to the board. There was no contest as Charlotte outscored the Eagles walked away with the victory, 67-52.

Olley enjoyed a stellar night on the court. She racked up 14 points, four blocks and five rebounds. Alexander, Ransom and Hunter also had double-digit points.

“We’re basically like sisters now and it reflects on the court,” Olley said. “Whatever we do off the court shows on the court. We always hang out together and you can tell.”

The bond between players is noticeable, especially for 49ers head coach Cara Consuegra.

“I think this is the best chemistry of a team that I’ve ever coached,” Consuegra said. “They want us to continue to grow as a team. They’re fun to coach and be around every day. They talked, they spoke defensively. They payed attention to the little things. These are the things that are going to make us better. They brought the energy and the body language that we needed,” Consuegra said.

Though Charlotte came away with the victory, Consuegra touched upon the areas she feels the team needs to improve.

“I think we have the potential to be a good team, but we’re not there yet. I think this game shows that we still have work to do,” Consuegra said. “We have to continue to keep growing, keep coaching our players and keep holding our standards really high.”

The 49ers play their last non-conference home game next Tuesday when they play the College of Charleston. Consuegra sees this team going far with a little more work.