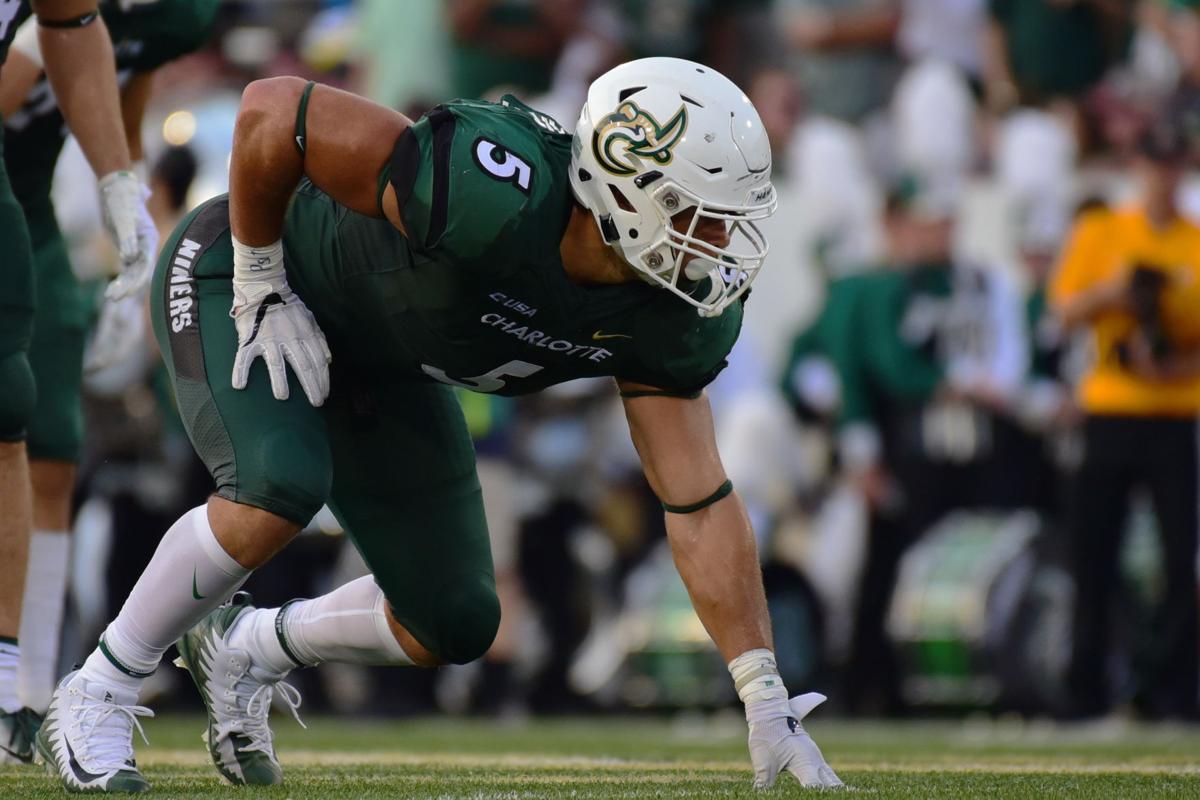 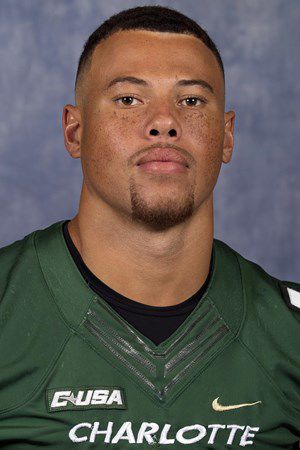 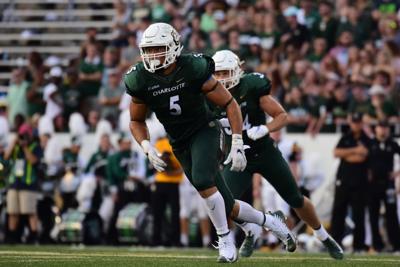 If there’s one thing that someone might know about Alex Highsmith aside from the fact that he plays football, it’s that his faith is extremely important to him. Becoming one of the most notable Conference USA athletes on a team that was picked to finish last in the conference in 2019 says a lot, but there’s more to every athlete than their sport.

A member of Charlotte’s Fellowship of Christian Athletes, Highsmith has made his faith the forefront of his life and is confident that the relationship he fosters with God and his dedication are what have gotten him to where he is.

“Jesus died for me, I’ve got to live for Him. That’s why it’s so important because all the things in this world are fleeting. I love this game of football, it’s amazing, but it’s not my God. I’ve tried to put my identity in the sport at times and it’s let me down. This game, it’s great, but it’s not going to be God,” said Highsmith. “Having a foundation in Christ is so important to me because Jesus Christ is the same forever. Today, yesterday, forever. That’s why it’s so important; He gave it all for us, so we’ve gotta give it all for Him.”

Of course, no one is perfect and it’s not always easy to keep a strong relationship with God. When you surround yourself with the right people who will encourage you and help you build that relationship, it can become much easier.

“I’ve always had a church background. I went to church with my parents growing up and I kind of stopped going in high school and I felt like for me, I was a believer because I would say that I believe in God, but my actions didn’t really follow it,” said Highsmith. “It wasn’t until I came here [and] I got plugged in to FCA. Guys like Jeff Gemmell, Trevor Stacy and Ben Jacques [plus a] couple other guys that used to play here, helping them and getting involved with FCA is really what helped me to get back to my faith.”

Finding the right place to strengthen his faith and help others strengthen theirs came to be a vital part of Highsmith’s life and being a 49er. Ryan Gloer, the football team’s chaplain and one of the FCA staff members has also become an important part of Highsmith’s life. Highsmith considers the fellowship he has with other Christian athletes and with Gloer to be quite a blessing. He also met his girlfriend, another Charlotte athlete and member of FCA, after getting involved with the organization and is grateful for that as well.

“I remember in December 2015, our annual FCA Winter Blast camp that happens at the end of the year every year, we had that. And I remember that Saturday night, that was the night that I gave my life to Christ and you know, I felt that presence in my life and that was the night I sort of laid it down,” said Highsmith. “It’s definitely been a struggle, the walk isn’t easy, but it’s worth it because you know at the end of the day, all that we do for God matters.”

Highsmith has found a way to put his identity in Christ and with that has come blessings upon blessings.

Having played football since he was about six years old, Highsmith grew up with it, but even going into highschool he wasn’t exactly in love with the sport. By his junior year, he’d hit a growth spurt and ended up having a good season and decided that playing football at another level didn’t have to be a dream and that if he put his heart into it, it could become a reality.

“It’s been awesome. Coming in here as a walk-on, I just wanted to prove people wrong and show people that I could play at this program. I just wanted to keep my head down, be the first one to enter the building and the last one to leave and so it’s just always been motivating to me that I was a walk-on,” said Highsmith. “Even now, I’m still motivated by that in the back of my head. People didn’t want me, so that’s one of the things that motivates me as well.”

The redshirt senior from Wilmington, N.C. spent 2015 in his redshirt season and played in every game in the 2016 season including one start. Highsmith was given a scholarship in the summer of 2017 and has certainly proved that he’s deserving. That season foretold what was to come for the athlete, gathering 22 of his 33 tackles of the season in just the final five games. A true breakout year came in the following season, starting every game and earning multiple honors including 2018 First Team All-Conference USA and earning the highest run-defense grade in C-USA at 90.6. Going into the 2020 season, C-USA coaches selected him for the 2019 preseason All-Conference USA defensive team and he was placed on the 2019 Bednarik Award for Defensive Player of the Year.

“It’s always great when your best players are your best leaders, and nobody works harder than Alex. For us as a coaching staff to inherit this program and have a guy who’s a great player and works so hard and does everything the way you want it done, and then to see the success that he’s seen on the field, sets a great example for the guys we’re trying to bring up,” said Healy. “Because they can say, ‘That’s who I want to be and that’s what he’s doing to be able to get there.’”

An exercise science major, Highsmith has hopes of a potential NFL career, but if that doesn’t pan out, he plans on going into the sports performance field or pursuing work in physical therapy. While he has entered his final season playing as a Charlotte 49er, he knows that whatever happens after graduation, his walk with God is never-ending.