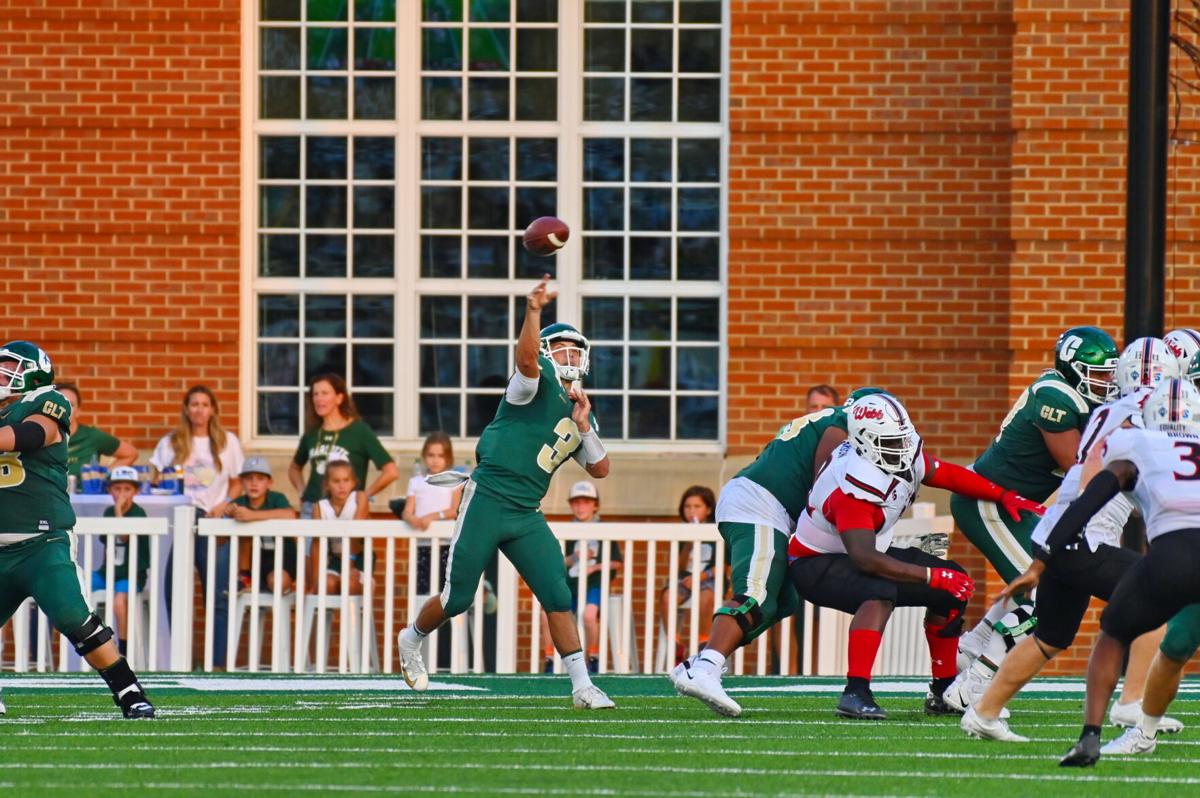 Charlotte quarterback Chris Reynolds throws the ball downfield against the Bulldogs. He broke Charlotte's all-time record for passing yards in the 49ers' 38-10 win. 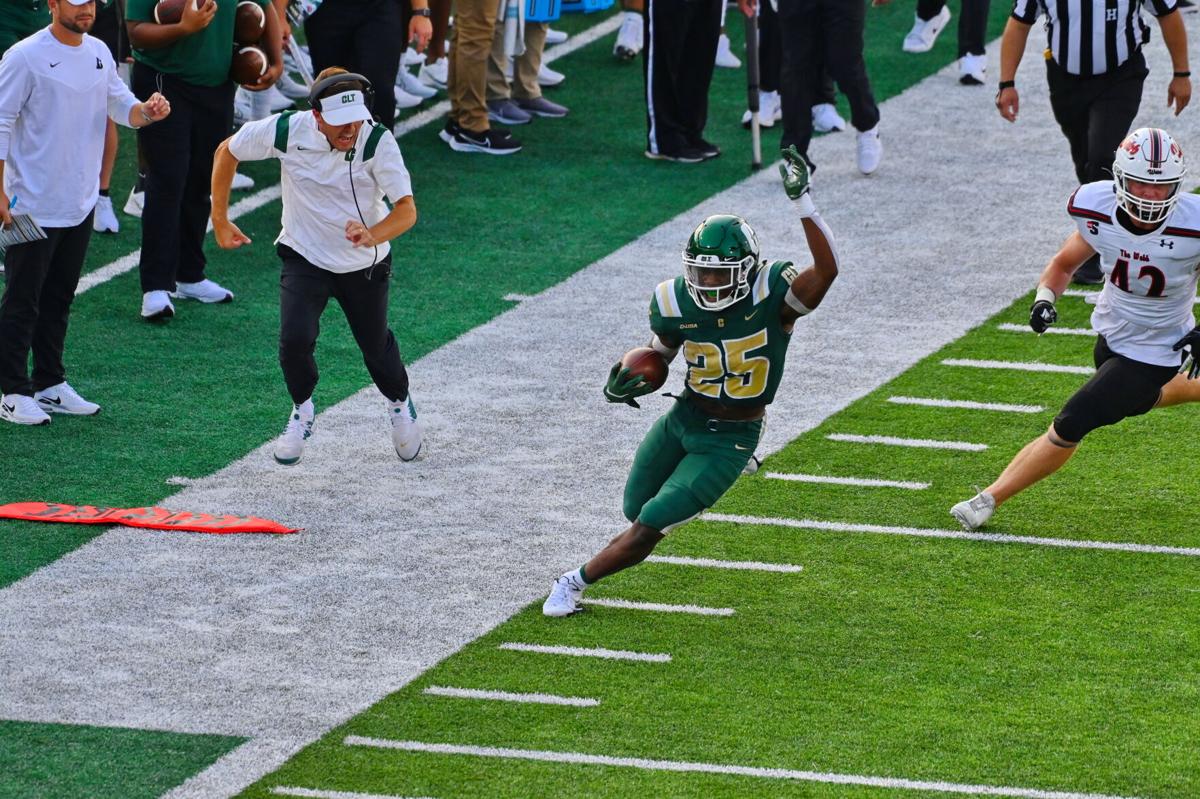 Charlotte's Chavon McEachern runs towards the end zone against Gardner-Webb on Sep. 11, 2021.

Charlotte quarterback Chris Reynolds throws the ball downfield against the Bulldogs. He broke Charlotte's all-time record for passing yards in the 49ers' 38-10 win.

Charlotte's Chavon McEachern runs towards the end zone against Gardner-Webb on Sep. 11, 2021.

The Charlotte 49er football team scored an impressive win versus the Gardner Webb Bulldogs Saturday, Sept. 11, in their second home game of the season. The Niners Saturday night win makes it the fourth time in program history they begin the season 2-0 and the first time since 2015.

The Covid-19 pandemic canceled last year's game versus Gardner Webb, but Charlotte defeated the bulldogs 49-28 in 2019. 12, 274 were in attendance to see how the Niners would respond after their huge win over Duke last week. "They're hungry, they're humble," said Coach Healy.

The Niners began the first quarter with an impressive six-play, 55-yard drive that ended in a rushing touchdown by quarterback Chris Reynolds.

"I mean, it's not happening without guys like Victor, even the new guys like Grant, Taylor Thompson, [and] Ryan Carrier," said Reynolds after the game.

The Bulldogs answered with a field goal kick after Markees Watts sacked Gardner Webb's quarterback for a loss of six yards on 3rd and ten.

Shadrick Byrd got in on the action and scored his first career touchdown as a Niner late in the first quarter.

The Niners began to separate themselves after rendering the Bulldogs scoreless for two straight offensive possessions. Then early in the second quarter, the Niners went on a six-play, 87-yard drive that ended with a touchdown run from redshirt senior Calvin Camp.

Gardner Webb responded with a touchdown making the game a two-possession game at 21-10. But Charlotte's defense kept the Bulldogs scoreless for the rest of the game.

Charlotte's offense also wouldn't let up that easily. Chris Reynolds ended their next scoring drive with an 11-yard pass to freshman wide receiver Jarius Mack for a touchdown. Mack's touchdown put the Niners up 28-10 going into the third quarter.

Charlotte went on to score two more times to seal the game. ChaVon McEachern made a 13-yard run into the end zone to make the score 35-10, and later, senior kicker Jonathan Cruz kicked a 29-yard field goal to conclude the game.

Cruz displayed some veteran experience during Saturday nights after kicking a perfect game. Cruz went five for five on extra-point attempts and made his only attempted field goal. Coach Healy expressed how rewarding it was to see Cruz's growth from his freshman and sophomore years.

You heard it here

"If we continue to work like we've been working, we'll be a really good football team, and to me, that's what it's about. It's not about Saturday. It's about the process on Monday," said Healy as his team looks ahead to Week 3.

Charlotte will travel to play Georgia Southern on Sept. 18 in Atlanta, Georgia. The game will be streamed on ESPN+ at 7 p.m.