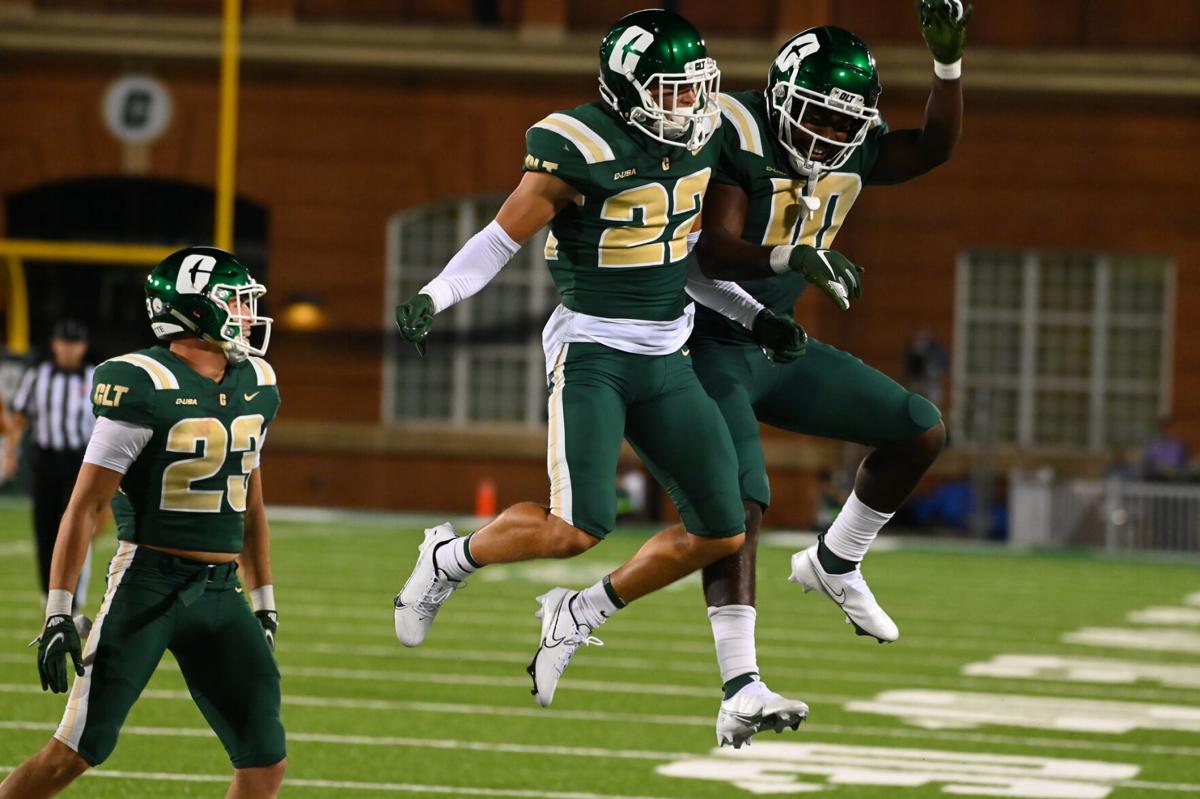 Charlotte players celebrate after a play during their historic win against Duke on Sep. 3, 2021. 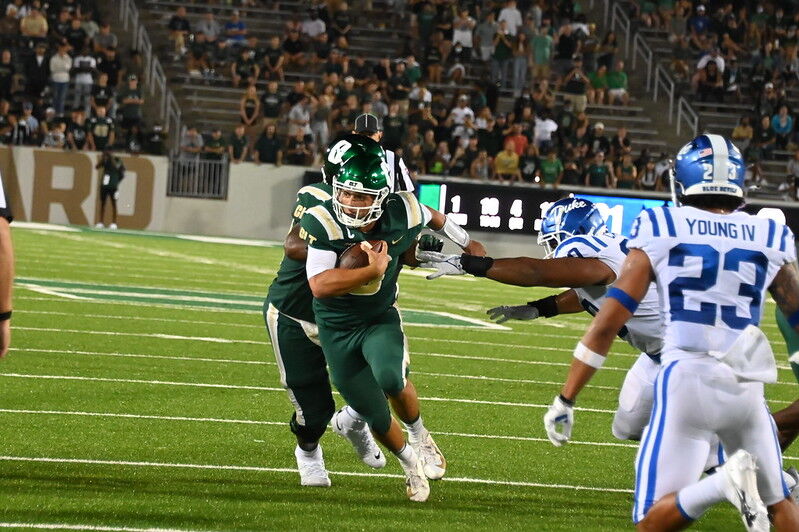 Charlotte's Chris Reynolds runs up the field during their 31-28 win over Duke.

Charlotte last faced Duke less than a year ago, and it did not go well for the Niners, who took a 53-19 loss.

The Niners came out looking for revenge in their 2021 season opener, and they got revenge in an impressive 31-28 victory. The game was a nail-biter until the very end, and saw three lead changes in the final three minutes alone and six in total throughout the game. This was the first victory for the Niners against a Power Five team.

The Niner defense struggled a bit throughout the game, especially when it came to Duke RB Mataeo Durant, who had over 300 yards from scrimmage and three touchdowns. However, Charlotte's offense had little struggle at all, totaling nearly 500 yards of offense.

"It's a great moment for our university," said Head Coach Will Healy after the game, "Obviously, it's just 1-0, and the real story will be written about how we respond to this. But, if we can keep building and keep believing in what we are doing day in and day out, then this team has a chance to do something pretty special."

This game was huge, not just on the field but in the stands. The team got to experience fan reactions for the first time in a long time.

"With a year of separation and people not being able to come out here and enjoy the game they love, to see the excitement in those stands, it was just utterly ridiculous," said QB Chris Reynolds.

The Niners opened up with a solid first half. On the first drive, they held Duke to a punt then followed it up with a touchdown. This touchdown came from a catch-and-run pass across the middle, which was caught by Grant DuBose, who took it 53 yards to the endzone. Just two drives later, the Niners got a field goal to take a 10-0 lead.

Duke scored a touchdown on both of their drives following the field goal and took a 14-10 lead with three minutes left in the half. On Duke's next drive, they were getting the ball down the field, but Charlotte held them back long enough for the half to end before they could score.

Charlotte started the second half with the ball. They lost a lot of yardage due to penalties that drive, but a huge 40-yard run from Calvin Camp brought the Niners to the goal-line, where Reynolds was able to punch it in on the ground. Duke was close to answering back with a touchdown, but the Niners were able to force a fumble and recover it in their own endzone to keep their lead. Then, early in the fourth quarter, Duke scored a touchdown to take back their lead.

With three minutes left, Reynolds connected with Grant DuBose for his second touchdown of the game and put the Niners up 24-21. Duke scored on the next drive with Durant's third touchdown of the game. Time was running out, and the Niners were down 28-24, but after a few vast passes, Charlotte was able to punch it in for the game-winning touchdown with 33 seconds remaining. The Niners held the 31-28 lead to win it.

As anyone could guess, Charlotte QB Chris Reynolds played an enormous part in the 49er win. He passed for 324 yards and three touchdowns with a 187.1 rating. He also added 37 yards and a touchdown on the ground.

There was not just one Charlotte receiver who had a monster game last night, but two. First was Grant DuBose, who had an insane 49er debut after transferring to Charlotte this summer from Miles College. He lit up the field with two receiving touchdowns and 118 yards on just four catches.

Victor Tucker was targeted ten times last night and hauled in eight of them for a very impressive 133 yards. With the addition of Greg DeBose, this Niner WR trio of DeBose, Tucker, and Dollar will be a real threat this season.

Charlotte will stay home to face Gardner-Webb next Saturday, Sep. 11. The Niners last faced Gardner-Webb last October of 2019 at home. The 49ers took the win 49-28. They look to do so again to start the season 2-0.