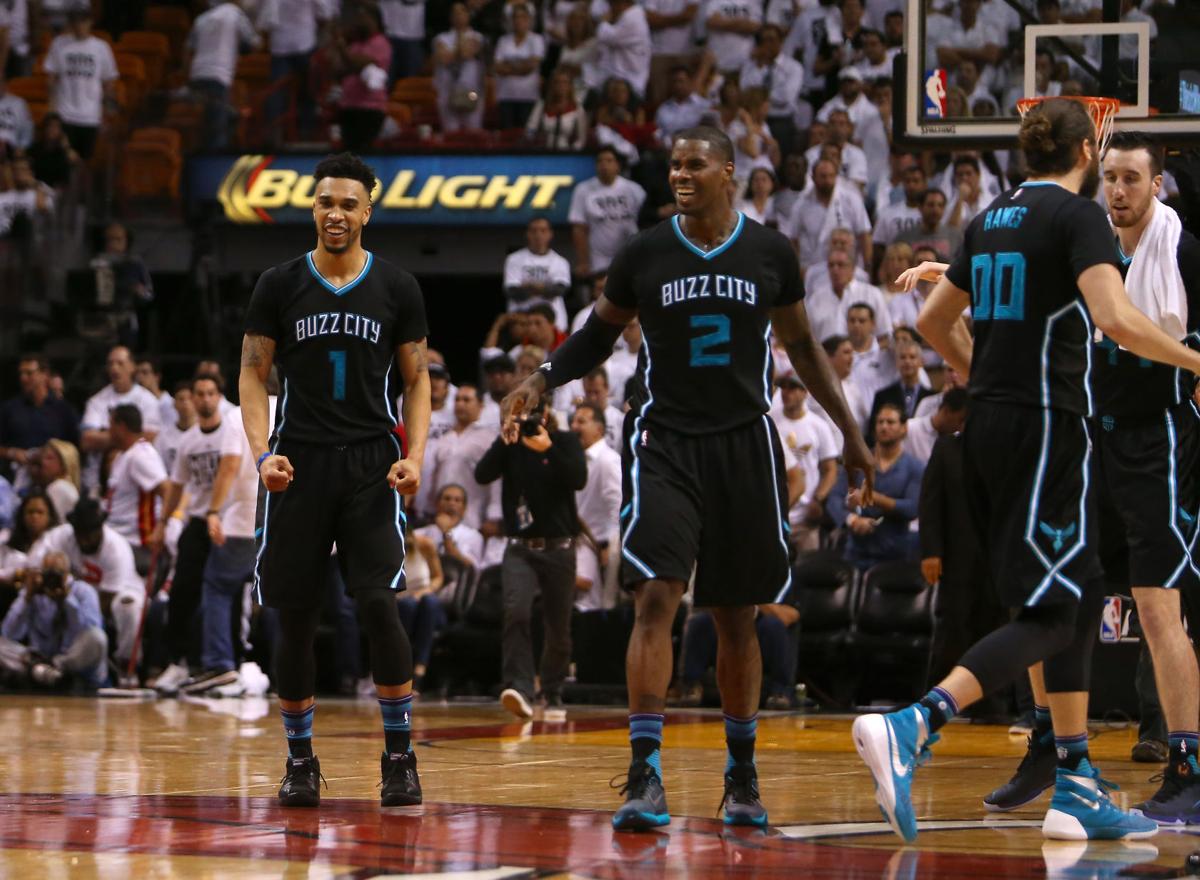 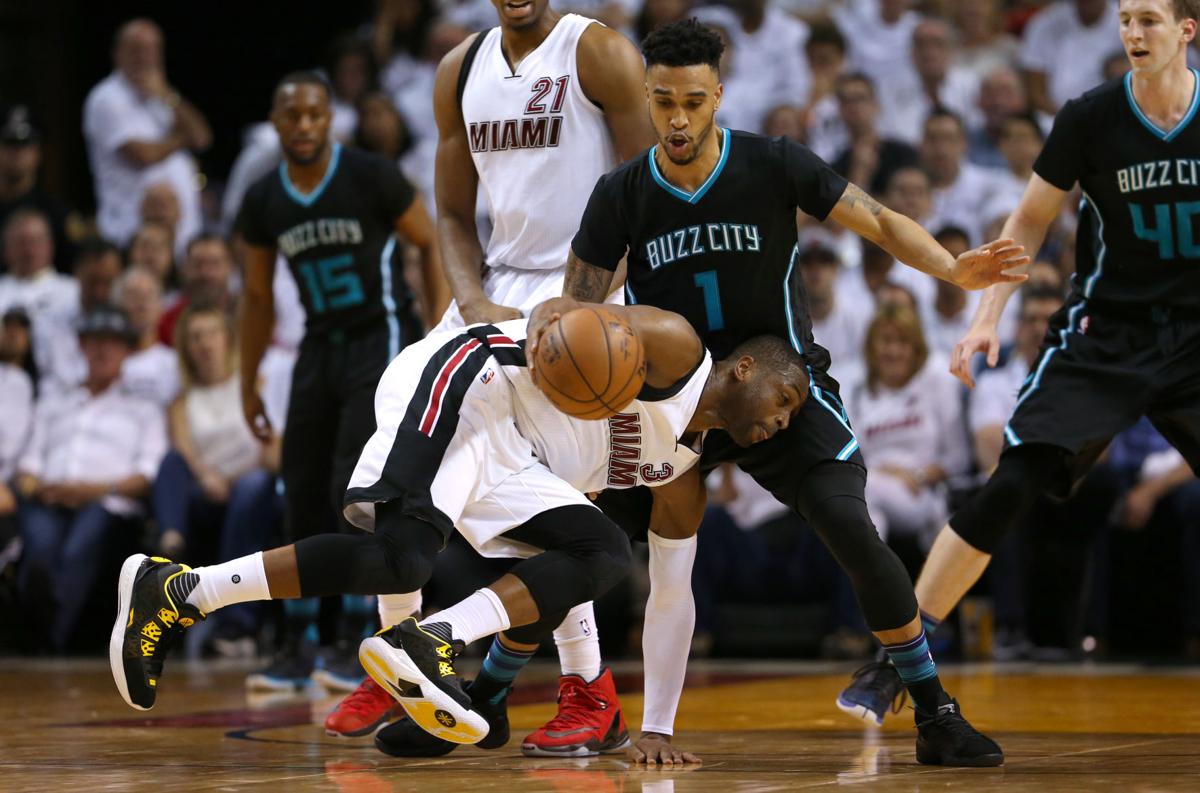 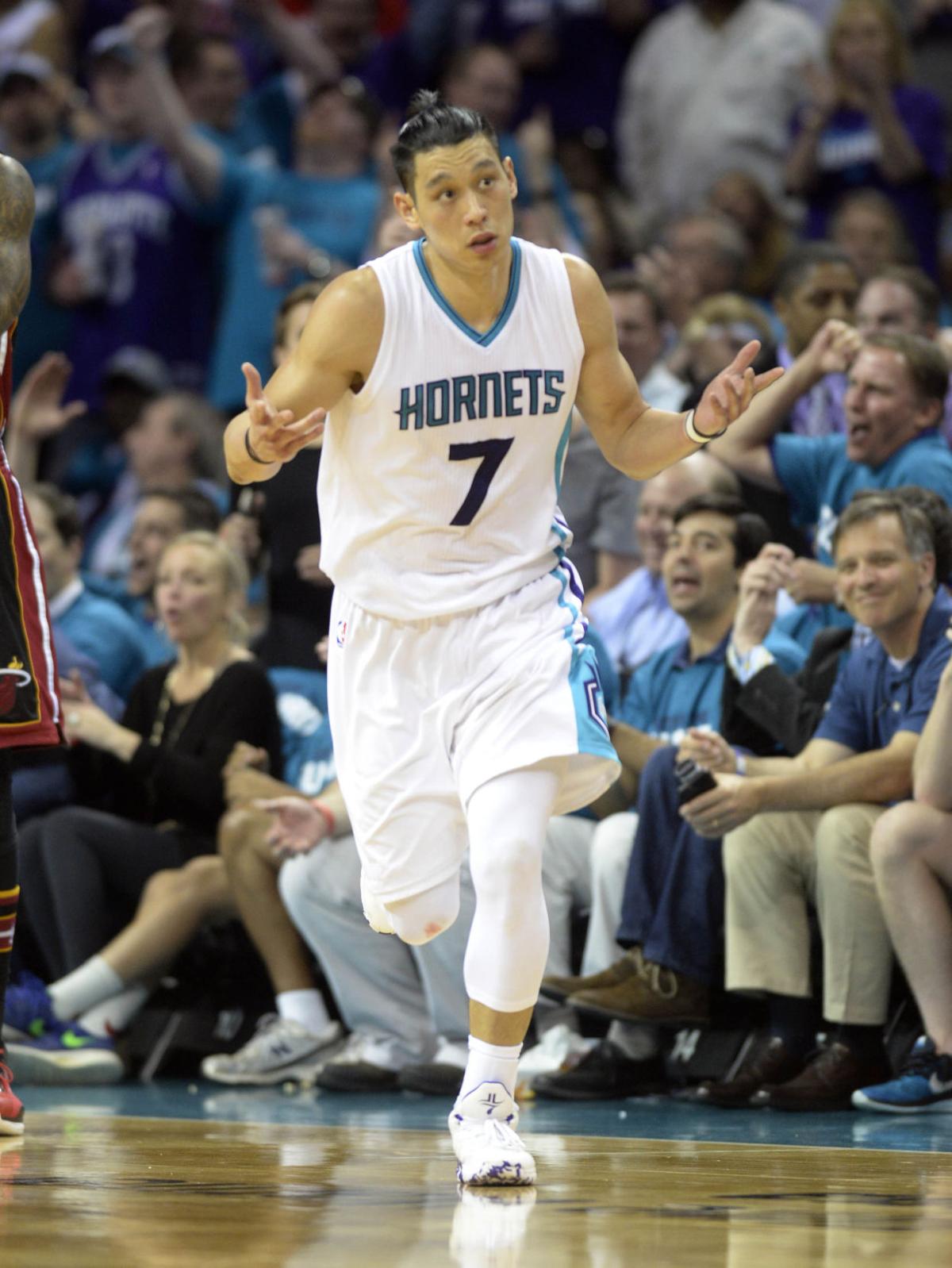 Step inside the sold out Time Warner Cable arena; the stadium was abuzz. Coming off of a win in Game three against the visiting Miami Heat, the Charlotte Hornets had something to prove: their win was no fluke.

The Hornets captured their first playoff win in more than 14 years when their first round matchup against the Miami Heat traveled to Charlotte for the first time. The home court advantage gave the Hornets the edge that they needed to pull out the win. Charlotte told Miami that they mean business with a 16-point win in Game three. The Hornets needed to finish out the home-stand strong if they wanted to even up the series and build up their momentum.

Miami came out looking for revenge. The Heat established a solid lead early, but they were unable to hold on to for long. The Hornets chipped away at the lead rather quickly, fully erasing the deficit halfway through the second quarter. Once Charlotte got their hands on the lead, they refused to let go.

The Hornets only had a single bucket in the first four minutes of the game, allowing Miami to pull ahead and control the first quarter. This matchup turned out to be a battle of big runs swapped back and forth between the two teams.

The Hornets went on an obliterating 15-1 run in the second quarter to spin a 10 point deficit into a two point lead for Charlotte. A 9-0 run by the Hornets put Charlotte up by 18 points in the third quarter, but Miami was not going to give up without a fight. The Heat put up a 15-1 run of their own to cut the Hornets lead back down to something manageable for Miami. Charlotte watched the rest of their lead evaporate as the Heat went on a 9-1 run to cut the Hornets’ lead to just one.

The Hornets never gave up; their resilience and heart shined through. Their season was hanging on a one point lead that could swing either way and the Hornets could find themselves with a series tied at two or they could be facing elimination when they traveled to Miami for Game five. The Hornets desperately needed someone to step up to the plate and help Charlotte run away with the game; Kemba Walker was that guy.

Walker sunk four consecutive jump shots after Miami’s fourth quarter push, the same type of shot he struggled with even just a year ago. Walker didn’t miss anything for just over five minutes of the game’s final six minutes as he was pulling the Hornets toward victory.

With the clock winding down, the Hornets found themselves with only a three-point advantage over Miami. Hornet’s shooting guard Courtney Lee had just put up an 18-foot jumper of his own, but it bounced off the rim and Miami looked poised to erase the final Hornet’s lead and force overtime. But in swoops Lee, grabbing his own miss and dishing the ball out to Kemba for the three-point shot.

The shot rims out and Miami comes up with the ball with just under 45 seconds left in regulation. Miami center Hassan Whiteside is fouled and connects on just one of his two free throws to cut the Hornets’ lead to 87-85.

With the shot clock expiring, the defensive pressure from Miami caused Walker to throw up a final desperation shot with just under 6 seconds left in hopes of some sort of a magic play to keep the Hornets alive. The ball finds the rim, but bounces out.

Out of nowhere in flies Courtney Lee for a second monumental offensive rebound. Lee is fouled and sent to the charity stripe where he hits the clutch free throws to give Charlotte the 89-85 victory and to tie the series with the Heat at 2-2.

The clutch offensive boards and free throws by Lee combined with playoff career highs of 34 for Walker and 21 for Jeremy Lin led the Hornets to the equalizing win. So far the series had been a tale of two cities with the home team taking the win in every game. The Hornets traveled to Miami for a crucial Game five.

Hornets’ forward Nic Batum was returning from an ankle injury he sustained in Game 2, but he refused to be reinserted in the starting lineup. Batum knew that the lineup of Walker, Lee, Frank Kaminsky, Al Jefferson and Marvin Williams was working, as it led the Hornets to wins in Games three and four. Batum told head coach Steve Clifford that he wanted to come off of the bench for Game five.

Game five started off in a similar manner as every other game in the series: a strong start for the Heat. The Hornets had to claw their way out of a deep hole in enemy territory if they wanted to escape out of Miami with the series lead.

Charlotte claimed the lead midway through the first and built a solid advantage approaching half-time. Miami recaptured the lead quickly after the start of the second half and things were beginning to look bleak for the Hornets.

The Hornets were only down 78-77 with just under six minutes to go in the final frame of play when Clifford returned to what worked so well during the regular season. He added Batum and center Cody Zeller to the lineup on the floor with Walker, Lee and Williams and it paid off. Batum hit a quick three-pointer to put the Hornets up by two.

The two teams traded free throws until Miami forward Luol Deng sank a three-pointer of his own to give Miami an 84-82 lead. A Marvin Williams three-pointer gave Charlotte the one-point lead, but this was countered quickly by two impressive offensive moves by Dwayne Wade. Jeremy Lin hits a long two-point jump shot and the trading of buckets ended with the Heat up by 1 with a score of 88-87.

Kemba Walker put up a long shot with 30 seconds left and the Hornets down by one, but he misfired. The Heat found themselves in position to retake the series lead.

Not if Courtney Lee had anything to say about it.

Lee grabbed another crucial offensive board after Walker missed. Lee gave the ball up to Jeremy Lin so Charlotte could regroup, but then Lee found himself wide open at the top of the arc. Lin quickly gave the ball back to Lee and he launched the ball toward the hoop.

Courtney Lee gave the Hornets the miraculous lead with seconds left on the clock. Dwayne Wade tried to force overtime but on a controversial no call on Zeller, Wade was unable to complete the play and the Hornets stole the win.

The Hornets won their third playoff game in a row en route to a 3-2 series lead. The Hornets have only won three straight playoff games four times in franchise history and this road win was the first playoff road win for the Hornets since April, 2002 in Orlando. The Miami Heat had won 8-straight games at home dating back to the regular season prior to the Game five loss to the Hornets. In fact, the last team to defeat the Heat at home was the Charlotte Hornets in a 109-106 comeback win in Miami on March 17.

The Hornets have a chance to capture their first playoff series win as they return home for Game six on Friday April 29. The 3-2 series lead gives the Hornets a chance for some rest if they can close out the series. The Hornets must protect their hive as the city of Charlotte gets ready to enter the Swarm.