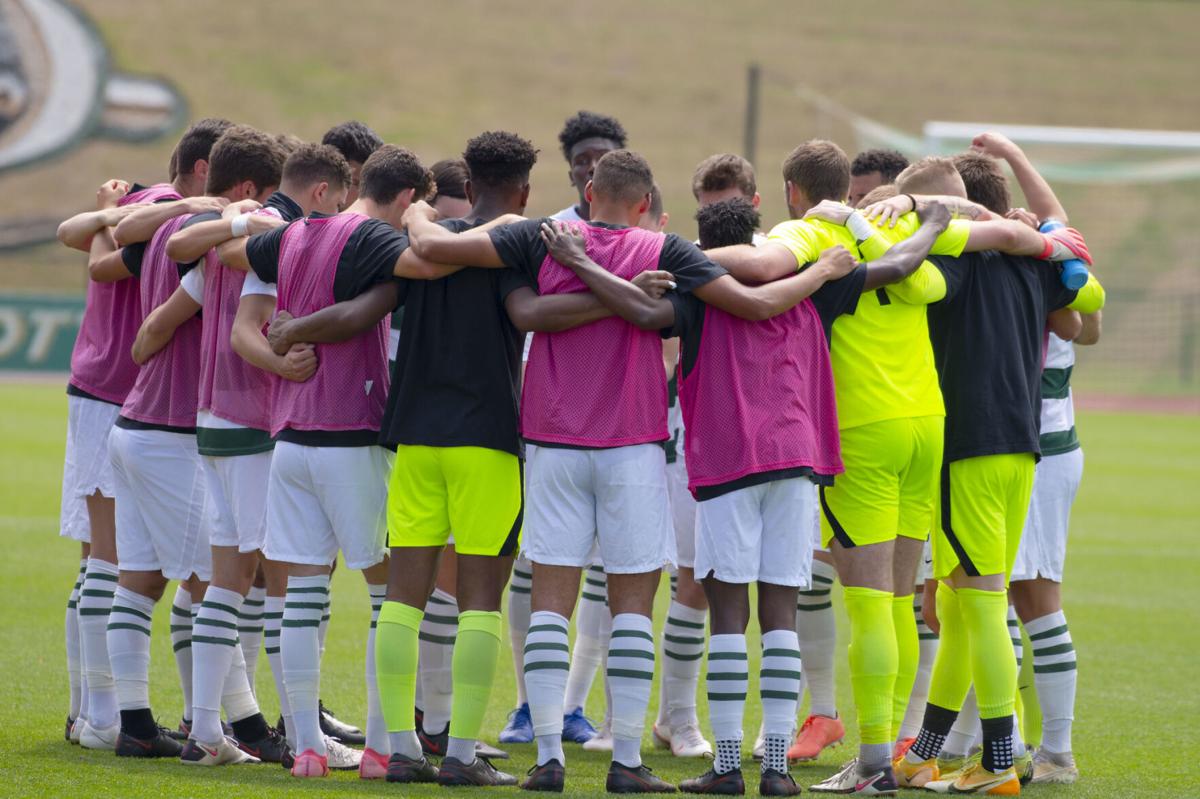 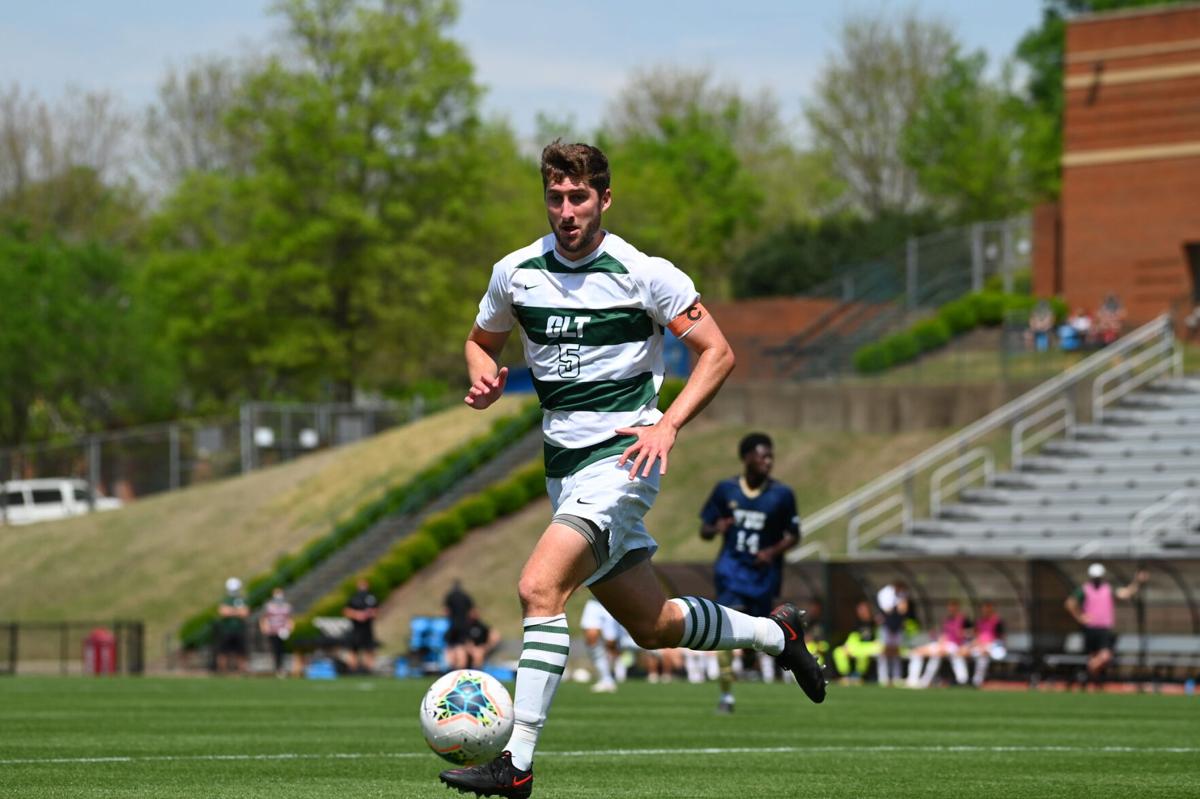 Charlotte's Patrick Hogan dribbles the field in a game against FIU during the 2021 season.

Charlotte men's soccer team has battled through adversity all season long, but no matter what was thrown at the squad, the team has risen to the occasion. Defensive play has been a huge key for the success this season, but a team mentality is what's propelling the 49ers into the postseason.

The goal for the team is to win the NCAA tournament and bring a championship back to Charlotte. The 49ers have come together and had an unbreakable bond.

The team earned an at-large bid to the tournament and will face No. 16 North Carolina on May 2 at 5 p.m. The postseason appearance will allow the No. 14 49ers to showcase their talents on the national stage.

"We have been very close as a team, and I feel that has to do with the adversity that we have faced," said Head Coach Kevin Langan. "It is a true family and we are all trying to put each other first to accomplish a common goal."

After 440 days, the 49ers returned to the field for the first time on Feb. 12. The team traveled to Durham to take on the Duke Blue Devils. The team didn't get off to a good start as they would tie with Duke and lose to UNCW as well as West Virginia. The team was desperately trying to break through.

"We had to handle the early losses by coming together," said junior forward Preston Popp. "We had to talk about what we needed to improve on to accomplish our goals that we set for ourselves at the beginning of the season."

The misfortune would change in the team's fourth game of the season against nationally-ranked conference opponent Kentucky. The 49ers once again found themselves down early but came together and battled back to beat the Wildcats in overtime. The atmosphere around the team changed with the newfound sense of confidence.

"We needed to get our confidence," said redshirt senior defender Patrick Hogan. "It changed the mindset as well as the atmosphere around our whole group."

Before the Kentucky win, the team would make a change at goalie as they tapped redshirt senior Austin Mullins for the start. The goalie play was key and allowed the team to better themselves on the defensive side of the ball. Charlotte didn't give up a single goal from March 13 to April 14, which led to many conference wins.

"Austin came in and took his moment as the starter," said Langan. "Austin has stepped up and has played fantastic in goal."

The Niners went on a six-game winning streak that propelled them to the top of the C-USA standings. The team's defense continued to prevail, and it allowed the 49ers to play more relaxed as a whole. The 49ers stuck to their philosophy and continued to dominate the competition.

"We want to be rather hard to score on, and that is what we have done," said Langan. "The players continue to show what the Charlotte DNA is."

On offense, the Niners continued to better themselves as well and were one of the highest-scoring teams in the conference and had 14 goals this season. The team has prided itself on being a well-rounded squad that relies on each other.

"You can't focus on one aspect because it is key to be well rounded," said Langan. "We play a team concept that gets everybody involved."

All the hard work, the team, has put in this season has finally paid off as the team was awarded an at-large bid to the NCAA tournament. This year's appearance is the team's 15th in school history, and the latest came in 2019, where Charlotte lost to Clemson in the second round.

"We want to be sharp and prepare to take the field against UNC," said Hogan. "We are preparing for knockout soccer, so we have had to change our mentality so that we can bring our A-game."

There is a lot of history between the two North Carolina powerhouses. Both squads have history, and the Niners will avenge their 2011 loss in the College Cup final to the Tarheels. For veteran players such as Preston Popp he has many goals he hopes to accomplish before the season is said and done.

"We want to make our mark in the tournament," said Popp. "We want to be able to go all the way and show what Charlotte soccer is all about."

Perspective has been a huge part of the identity of the team. Reframing the negative thoughts into positive ones has led the 49ers to many wins as well as fellowship with each other.

"We have tried to reframe our perspectives," said Langan. "Everybody has been there for their fellow brothers."

The team has learned many lessons from the season that has been filled with adversity as well as uncertainty. The players have grown closer, and the future is bright for the 49ers. The time is now for the Charlotte 49ers to make their mark.

"Our motto has been to adapt and overcome this whole season," said Langan. "Our play has shown the true journey that we have been on."