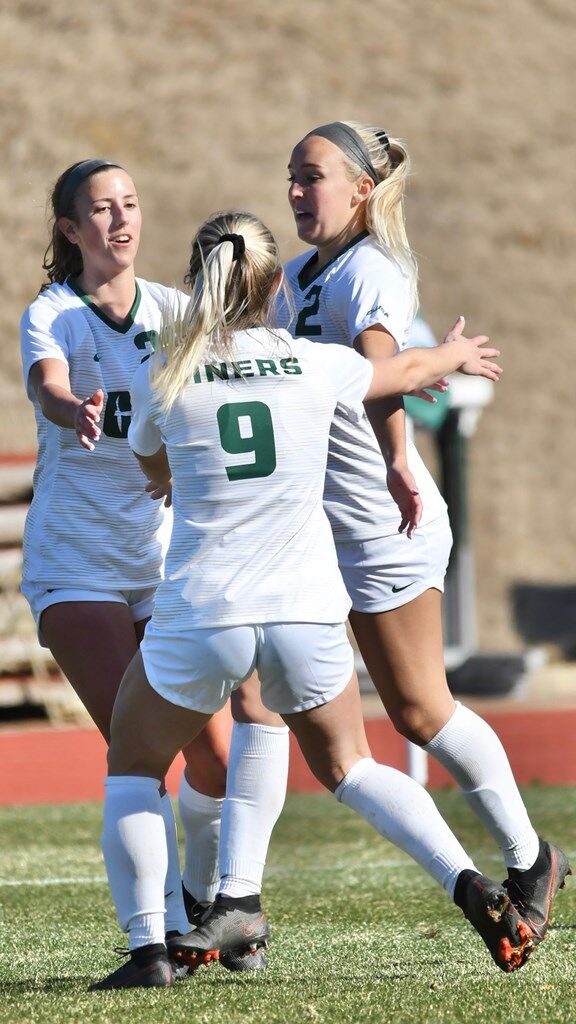 Several 49ers celebrate a goal during the 2021 spring season. 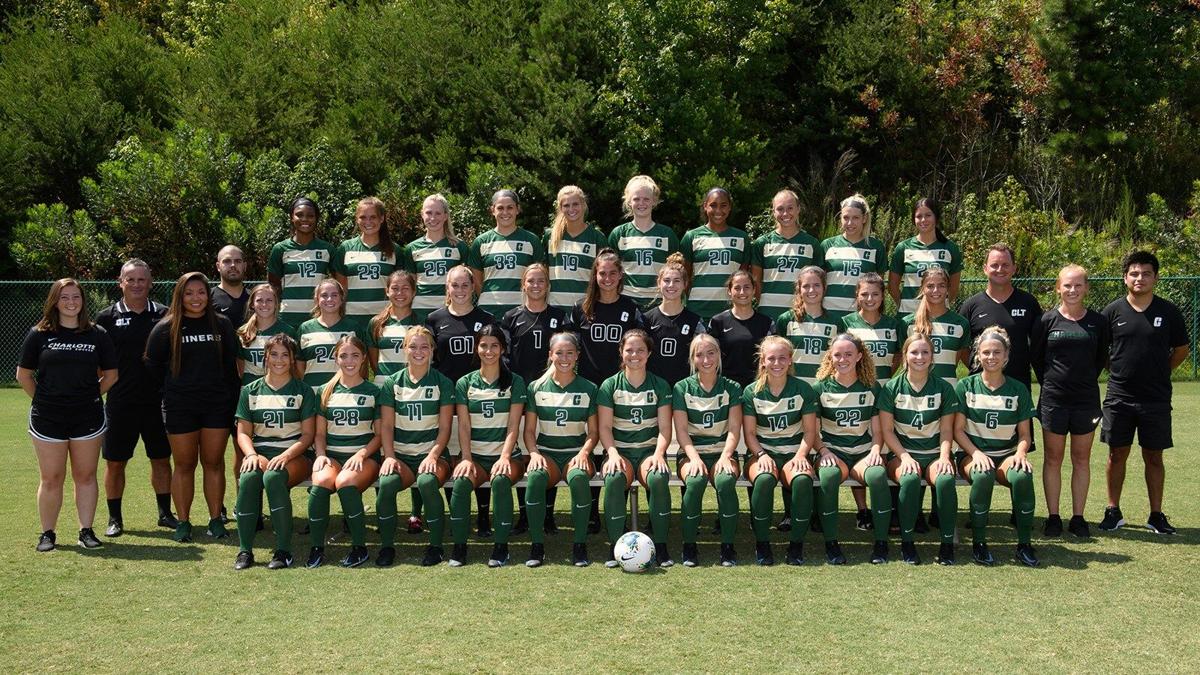 Several 49ers celebrate a goal during the 2021 spring season.

The Charlotte women's soccer team led by head coach John Cullen is looking to bounce back after a conference finals loss to nationally-ranked Rice.

"It has to be a new journey with the same mentality," said Cullen. "It's a new journey because it's new players, but the mentality is the same when you get to a final, you're doing a lot of things right, but when you don't win it, and you come up a little bit short, that helps us because we have to retain the hunger."

Their magical run ended against Rice and now turn to the 2021 season.

Challenges are ahead after a quick turnaround

Charlotte played last season during the spring of 2021 due to Covid-19 and is preparing to kick off their new season on Aug. 19. Therefore, any returning players to the program will have to play the entirety of two collegiate seasons in one calendar year.

The Niners will be playing 16 regular-season games, with ten of them at home.

"One of the things we had to consider when putting this together was the understanding our players just competed in a spring schedule," said Cullen. "We have to get the balance right between playing enough games but not playing too many since we'll essentially be playing two seasons in one calendar year,"

With the team's youthfulness and how many games the team will play, expect many different names to be out on the field sharing minutes.

"We are making sure the workload is not too much on the players; none of them have ever experienced two college seasons in one year, so we've got to adapt and manage their minutes," said Cullen.

Despite the challenges faced with the quick turnaround, having a regular timetable for the season is a return to normal.

"It is really exciting. A lot of planning went into the spring season because it was different, with some challenges. Still, we overcame them and had a good season," said Cullen. "We get to do it for real this time; with the fans, the proper schedule, it's exciting. It's important for the players to get the reality of the college experience, so very excited for the group,"

Fifth-year goalkeeper Abby Stapleton has been a familiar sight in the 49ers program throughout her time with the team. The opportunity to play a fifth year is rare, and the experience she possesses will be invaluable to the very young squad the Niners have.

"We are exceptionally young; the majority of the team is freshman and sophomores, but to bring in an established leader like Abby [Stapleton], who is a player that does many things in a game for us," Cullen said. "She settles everybody down, brings the leadership at the right time, and brings a smile to people's faces daily, and they realize the game is still enjoyable."

Stapleton is very excited to take on leadership as she brings a veteran presence to the squad.

"It's a good opportunity; I didn't want to pass it up. It's a new opportunity to grow as a leader; being the only fifth-year puts me on that pedestal that allows me to show people and lead by example with integrity, but I'm excited," said Stapleton. "It's something new for me. Normally I have my classmates and people above and older than me, so it's a new journey that I'm excited for."

Another player looking to jump into the shoes of leadership is junior midfielder Julia Patrum. She has had a very successful start with the Niners and hopes to continue her success while also tackling a leadership role with the team being one of the veterans in the locker room.

"As an upperclassman, I hope to bring in some more leadership aspects and bring people along with me to help the team succeed more from an attacking standpoint," said Patrum. "I think it's important to build relationships with younger players so that we can both build our program as well as hoping to succeed individually,"

Cullen's mindset regarding season expectations has been the same every year, and that mindset is to compete for titles.

"Every year, I expect us to compete for championships. Whether we are a very young group or with very few players returning, expectations are the same. We're Charlotte, and we want to be a competitive program every time we step on the field. We won't use youth as an excuse; we will use it as a source of strength," said Cullen.

Cullen ingrained the mindset in his players. As a result, the expectations are high for the players as they look to build off of last season.

"I honestly expect a lot from this team this year. I know we are a young group, but we've been training well, and I think we have a bright future in that aspect," said Patrum.

The 49ers will come together as a unit in hopes of becoming champions. The team will grow together to complete a common goal.

"For the team, I expect everything we can do. Win as much as possible; I want our culture to be strong this year. I want everyone to have each other's backs and honestly win the conference tournament cause I think we have a good chance this year," said Stapleton.

The 49ers kick off their season on Thursday, Aug. 19, at 5 p.m. as they host the Owls of Kennesaw State at Transamerica Field.